Newsletter 28 August: Legacy Week and Australia’s Lack of Self Reliance

Australia’s Lack of Self Reliance

The Prime Minister and all members of his government have referred to the ideas of sovereignty, resilience and self-reliance over the past few months. These ideas are central to the discussion of national security in Australia, and have featured consistently in my considerations and writings on this issue in recent years.

The one that perhaps causes the most confusion is self-reliance. Over the next few weeks, I will explain this idea and hopefully make it clearer for all.

Let me start by stressing the criticality of self-reliance to Australia. To maintain our security, we must produce the things we need in Australia; that is self-reliance.  I draw a distinction with self-sufficiency here: that is about producing everything you want.  Countries that go for self-sufficiency—like North Korea—achieve a measure of it by starving their people.

The post on my website explains the magnitude of the problem we face to achieve self-reliance here in Australia.  We must recognise that our world—particularly in the region where we live and trade—is becoming less predictable and the chances of conflict are increasing. Our trade and supply lines and computer-based communications can be broken—COVID and several large hacks have shown that clearly. We must respond: relying on the market to deliver will not cut it any more.

I will follow this fortnight’s post by explaining how challenges to our self-reliance may affect your lives, and then suggest some solutions. Stay tuned! 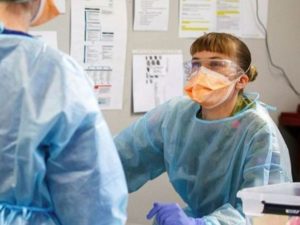 Next week is Legacy week, the annual national appeal to raise awareness and funds for the families of our veterans who have given their life or their health as a result of their service. My Shoutout this week details some of the superb work which Legacy undertakes.

I wanted to share with you the fascinating history of one of the founders of Legacy, Stanley Savige, which I discovered when I was serving in Iraq in 2004/05. I was aware he was a Corps Commander, a Lieutenant General, at the end of WW2, commanding most of our troops still fighting in the Pacific Islands, and that he enjoyed a reputation as a good soldier who cared for his men. As a citizen soldier from the militia, Stan also had a reputation for a deep dislike of regular soldiers, not an uncommon sentiment amongst militia soldiers who fought in both wars, and who aspired to become regular soldiers! He was a Victorian who joined the army in WW1, applied for officer training but was considered not well enough educated, and so he served in Gallipoli as a soldier. There the eligibility and opportunity for commission sadly soon changed – that is, many NCOs and officers were killed or wounded. Company Sergeant Major Savige was commissioned as an officer at Gallipoli in November 1915, and after his evacuation he served in France, where he was wounded and won a Military Cross, and he then later fought in Belgium.

By 1918, and (miraculously, he considered) still being alive, he volunteered with several other Australians to join a predominantly Commonwealth force (called Dunsterforce) going into Persia to help rescue Armenians and Assyrians, soldiers and families, from an Ottoman and Kurd army intent on genocide. The British component of this force was not able to travel outside Mesopotamia, so they asked the Australians to go ahead into Persia, and lead the soldiers and civilians being pursued by their enemies back into Mesopotamia and safety. Against great odds the mission was successful, and for his conspicuous gallantry Savige was awarded the DSO and was three times Mentioned in Dispatches. His rescue of these victims involved significant bluff and bravery, a rear-guard of nine soldiers with some refugees resisting hundreds of enemy soldiers “thirsting like wolves to get at the defenceless throng” according to Charles Bean. A group of Assyrian and Armenian Christians in Melbourne, where Savige is buried, once told me that the 30,000 survivors that Stan escorted out of Persia are the root of the Assyrian/Armenian diaspora around the world today.

Stanley Savige left school at twelve and worked in a variety of jobs, enlisted in the First Australian Imperial Force as a private, was commissioned on the battlefield in WW1, served in the militia between the wars, rose to the rank of Lieutenant General by the end of WW2, and, as Lieutenant General Sir Stanley George Savige, KBE, CB, DSO, MC, ED, was one of the founders of Legacy Australia. I stand in absolute awe of this generation of Australians.  A good account of his life is ‘Anzac Sniper: The Extraordinary Story of Stan Savige – From Gallipoli Marksman to WWII General’, by Roland Perry, and a more scholarly book is by G.M. Keating, ‘The Right Man for the Right Job’. 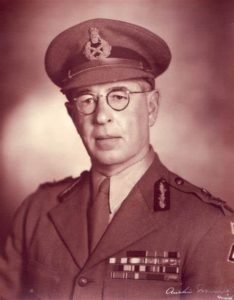 Our shopping and community centres are presently without one of their most familiar sights at this time of year – our Legacy members and supporters inviting us to buy a famous Legacy badge, Legacy bear or similar merchandise to fund the magnificent work of the organisation. Long before Anne and I became part of the broad Defence community of which Legacy is such a valued member, Legacy Australia’s support and service to the widows and families of Defence Force personnel was universally respected, indeed often revered. COVID is keeping our fundraisers at home this year, but it is my great hope that, where we can, donations will pour in online to assist Legacy to continue what they have been doing tirelessly since 1923 – providing care for the families of veterans who lose their lives or their health as a result of their service.

Legacy members are servicemen and servicewomen, veterans and supporters from all walks of life, and many of you will know that they are called ‘Legatees’. In NSW there are currently over 1,600 Legatees who provide assistance in a range of ways depending on individual needs, including financial, emotional and educational support. The Legacy Constitution obliges Legatees “To provide a caring service ……. by way of personal endeavour by Legatees” and no one who has experienced Legacy in action will be in any doubt of the extent of personal endeavour that dedicated Legatees bring so willingly to their commitment.

Throughout our state just under 18,000 widows/widowers, children and people with a disability are currently being assisted by Legacy. Many are ageing widows who value highly the companionship and community participation that Legacy facilitates and sponsors, but other dependants include children up to the age of 25 in full time education, and adult dependents with disabilities. All have personal contact with their Legatee, a regular contact that makes Legacy care special, and gives the work of Legacy its unique character.

So this week, forgive me, but I’d like to have fifty cents each way!! My Shoutout goes to every fabulous Legacy member, volunteer and corporate supporter in NSW – thankyou most sincerely for honouring the debt that Australia owes its deceased and incapacitated servicemen and servicewomen. But could I also send an additional, heartfelt Shoutout to every one of us who, in these difficult times, is able to donate during Legacy Week to support this exceptional charity – many thanks to you too. 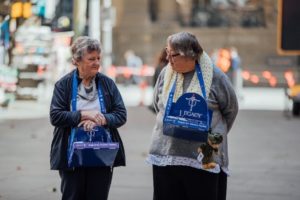 This week the Morrison Government announced a $1 billion investment package to boost Australia’s defence industry and support thousands of jobs across the country.
The package is directed towards nationwide projects and jobs across Australia including:

The Prime Minister said the package is estimated to support around 4,000 jobs across Australia and help many small and medium sized businesses in the defence-industry supply chain.

Further details of individual initiatives will be approved and announced shortly. Further information regarding Defence’s response to COVID-19 in supporting defence industry can be accessed at: https://www.defence.gov.au/covid-19/defence-industry/

I have recently launched a community survey. This is available on my website. https://www.research.net/r/8KTV369

Please take the time to complete the survey. It provides you with the opportunity to raise any issues or concerns, and will help me to better represent your interests.